Today was a historic day for the United States, with Donald Trump becoming the 45th president of the United States. With almost all of the online presidential polls indicating Hillary was going to win with about 85% odds in her favor(with notable exception Nate Silver) , things were looking like a done deal for Hillary and the Democrats. Things started to change as soon as the voting had stopped in Florida and the tallies started coming in. It was apparent as soon as Trump gained traction in Florida that the market was reacting negatively.  As time went on and Trump gained  in Indiana and North Carolina the market reacted much more negatively, so much so that ES ultimately touched limit down (-5%). It wasn't until later on in the night after Hillary conceded that the market started to come off the lows. Once Trump gave his victory speech the market went into rally mode and came all the way back to down -30. ES ended the day up 1.11% and the Vix Index was crushed.


It all came down to Florida. 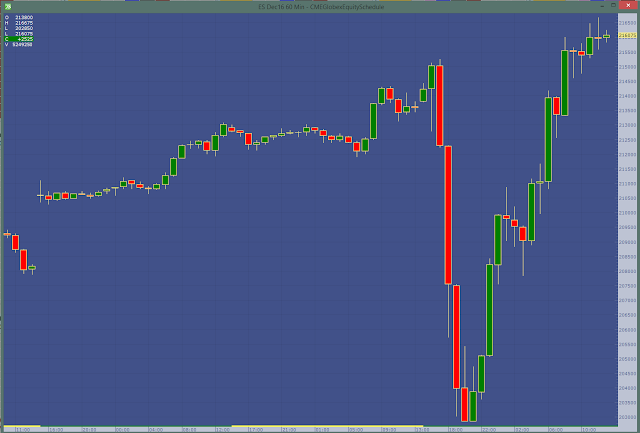 Vix crushed as usual. Looks similar to Brexit spike but on a much more condensed time frame. 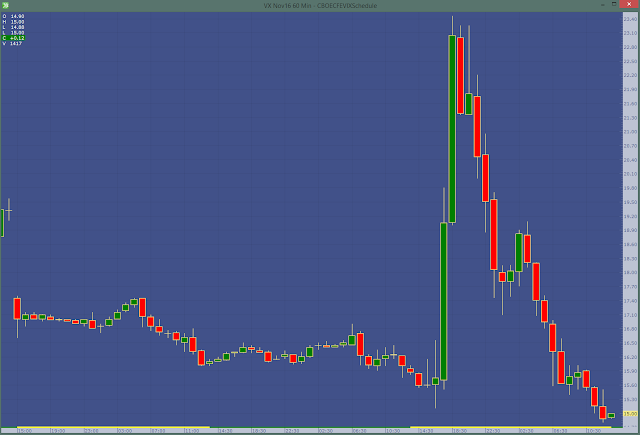